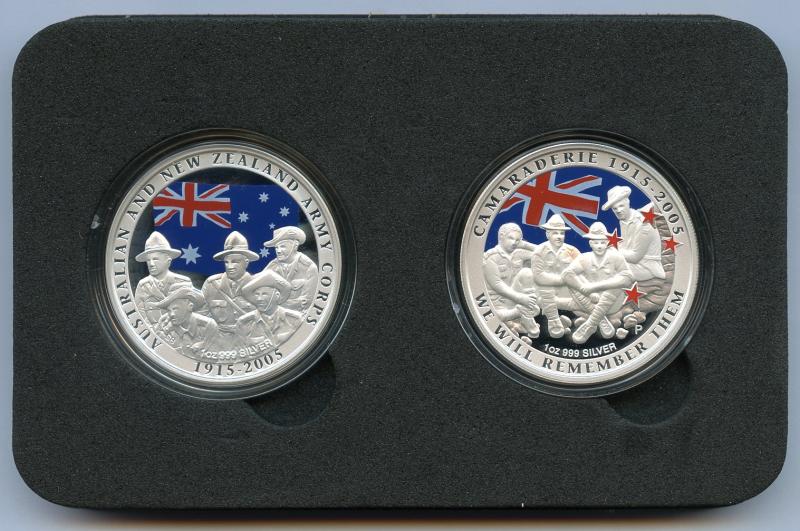 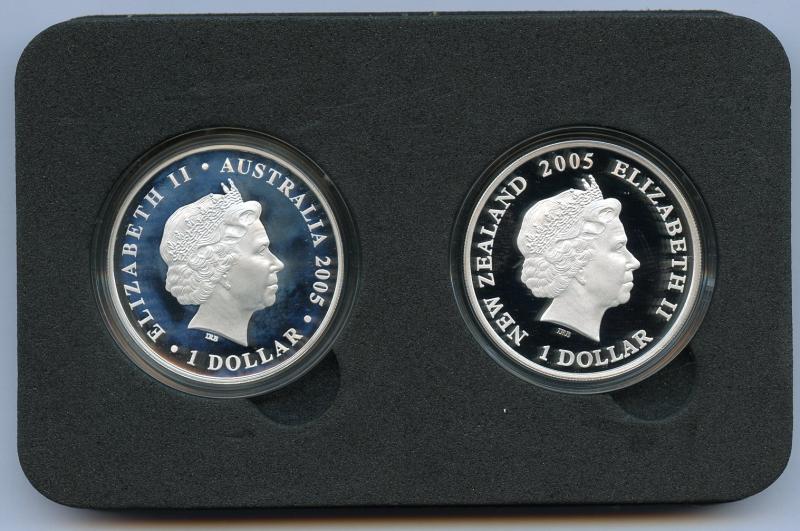 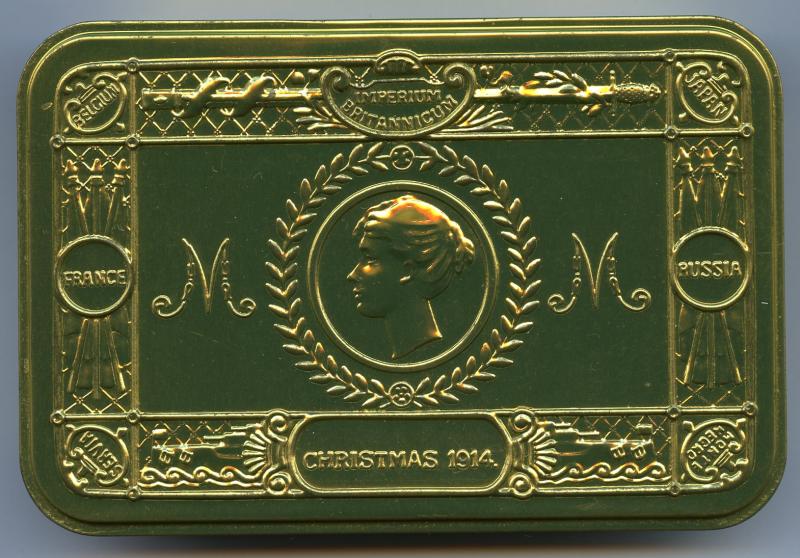 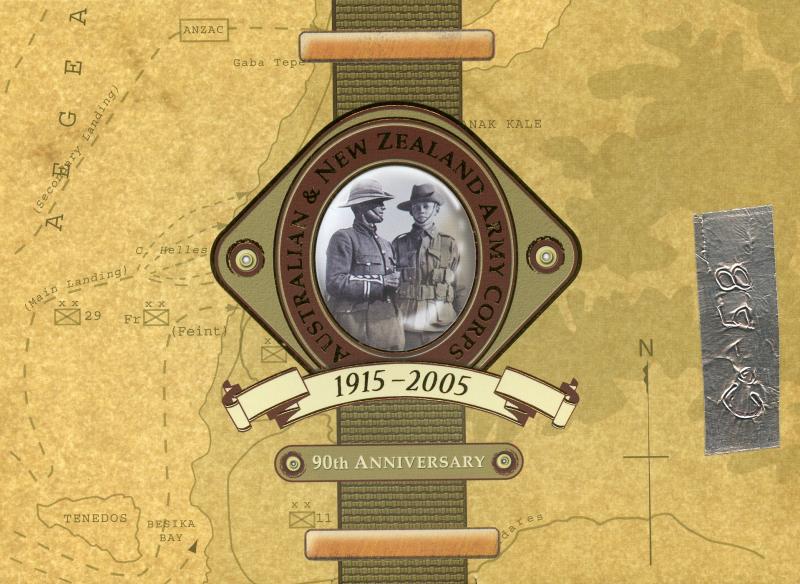 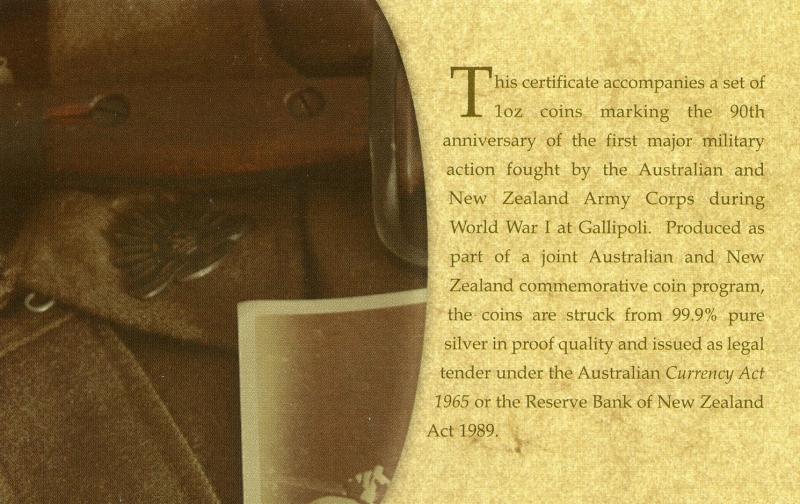 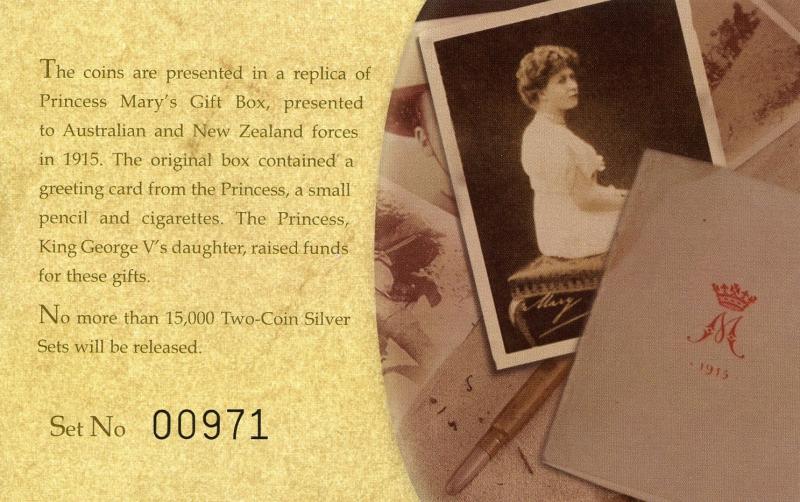 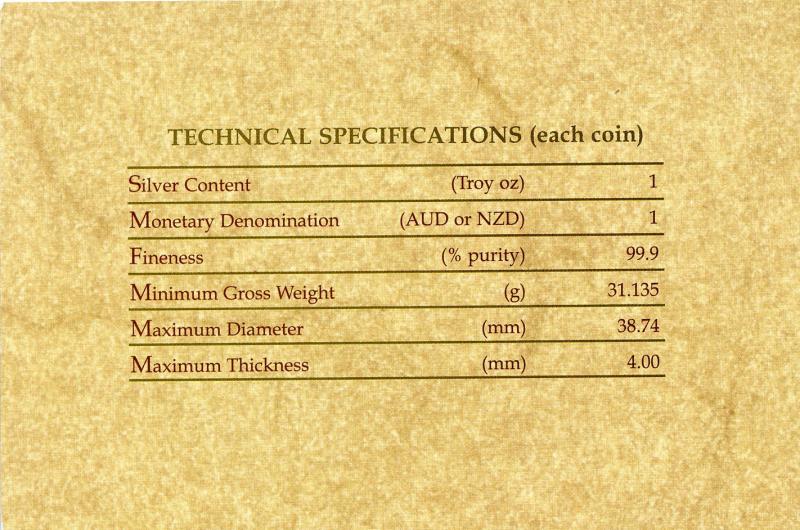 Australian & New Zealand Army Corps
1915-2005 90th Anniversary
Silver Proof Coin Set
This beautiful set of 1oz coins marks the 90th anniversary of the first major military action fought by the Australian and New Zealand Army Corps during World War I at Gallipoli. Produced as part of a joint Australian and New Zealand commemorative coin program, the coins are struck from 99.9% pure silver in proof quality and issued as legal tender under the Australian Currency Act 1965 or the Reserve Bank of New Zealand Act 1989.
The design theme portrayed on both coins is "camaraderie". The trust, friendship and even the ability to laugh that was developed by Australians and New Zealanders in the heat of the battle are some of the most important characteristics embodied in the "spirit" they created at Gallipoli.

The reverse design of both coins incorporates The Perth Mint's historic "P" mintmark. The obverse of each coin bears an Ian Rank-Broadley effigy of Her Majesty Queen Elizabeth II.
The coins are presented in a replica of Princess Mary's Gift Box, presented to Australian and New Zealand forces in 1915 (with certificate of authenticity). The original box contained a greeting card from the Princess, a small pencil and cigarettes. The Princess, King George V's daughter, raised funds for these gifts.
Set Number: 00971
Limited Edition - only 15,000 Two-Coin Silver Proof Sets were released